Lithuania, I wouldn’t be surprised if quite a few of my readers would struggle to find it on a map.  Yet it wasn’t so long ago (a scant 600 years) that Lithuania was the largest country in Europe, covering Belarus, Ukraine, and parts of Poland and Russia.  Of course a lot has happened in the meantime – Teutonic nights, world wars and Russian annexation, just to name a few – but even so I was looking forward to exploring what has recently been a rather neglected destination. 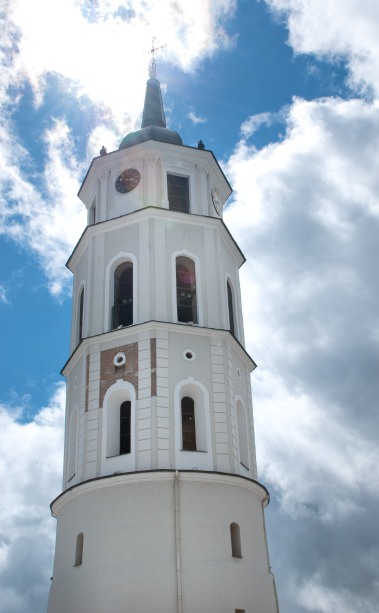 The Belfry of Vilnius Cathedral

My base for exploring Lithuania was Vilnius, the nation’s modestly sized capital of about 500,000 people.  It’s  hard to say what I 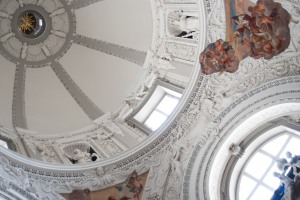 The ceiling of Vilnius Cathedral.

was expecting upon arrival, but one thing is for certain, the media had played with my imagination.  Like many American’s, I always imagined Eastern Europe as poor and backward.  What I actually found was a pristine city filled with beautifully preserved, classical architecture and all of the modern conveniences.

This combination modernity with classic design turns out to be a unifying feature of the Baltic States.  Even so, it would be a mistake to lump together the three countries, which are so often mentioned in the same breath for political and economic reasons.  In fact Lithuania, Latvia and Estonia all have strongly independent cultures.  Perhaps this is why, despite small populations and centuries of aggressive outside influence, they’ve managed to retain their independence, both politically and culturally. 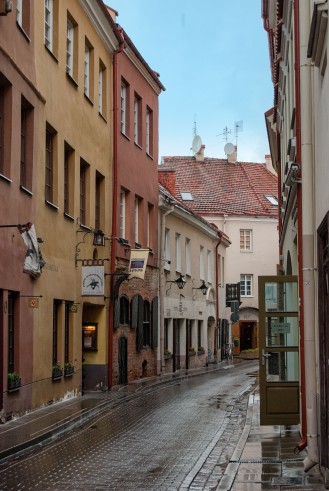 One of the city’s many picturesque, shop-lines streets.

Returning to Lithuania, if it could be compared to another country it would be Poland, to which it was formally linked for a couple hundred year.  Everything from the layout of 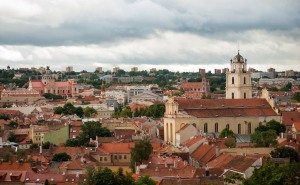 the streets to the small and frequent Catholic stores has something of the feel of Poland, although yet again, it’s easy to take the comparison too far.  Vilnius really does have a feel that is all its own, and for those of you who have never tried, that makes describing it in writing a rather difficult task.

For me the city had the feel of a fairy tale.  There were narrow streets lined with unique shops that would suddenly open up onto a large squares with perhaps a cathedral or the remains of a castle.  This peculiar ambiance was amplified by the sudden bursts of rain that would roll over the city.  Finally the city would take on a surreal tone, when after climbing to some hilltop the outline of newly built skyscrapers could be seen looming in the distance.

Markets, cafes, shops, museums – like so many places I feel myself at a loss when I try to explain a whole city, even more so when I try to give the feel for a country.  I’ll save more explanations for another day.  For now, if nothing else, maybe this post and its photos is just a brief reminder of the oft overlooked, out of the way places that are waiting to be discovered just a short trip away. 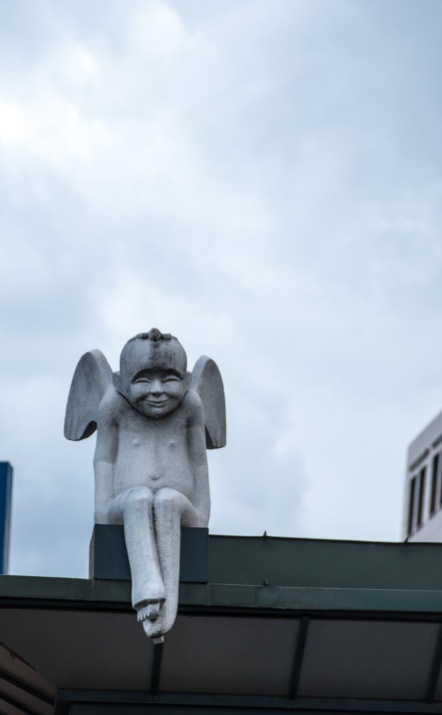 One of the city’s guardian angels by sculptor Vaidotas Ramoška.

2 thoughts on “A Place Called Vilnius”